On July 23, hydrogen fuel cell buses were queuing in line at a hydrogen refill station, located in Qingyuan Street, Beijing. “It takes about over 10 minutes to refill a 12-meter city bus”. Statistics show over 16 tons of hydrogen was consumed from July, 11 to July, 25. On July, 23, 2.61 tons of hydrogen was refilled on buses, reaching a new record high on a daily basis. 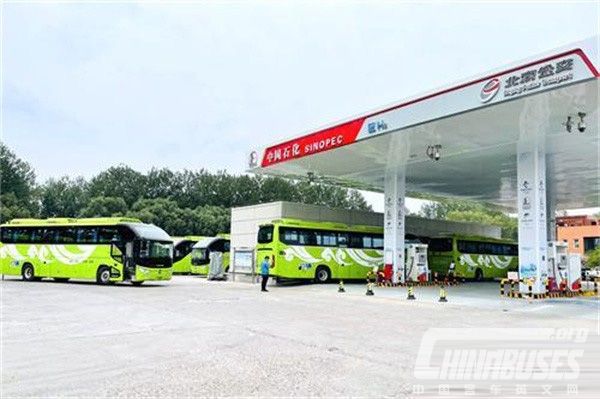 Currently, Several hydrogen refill stations have been in service across Beijing, ensuring the timely energy refills for all hydrogen powered buses.