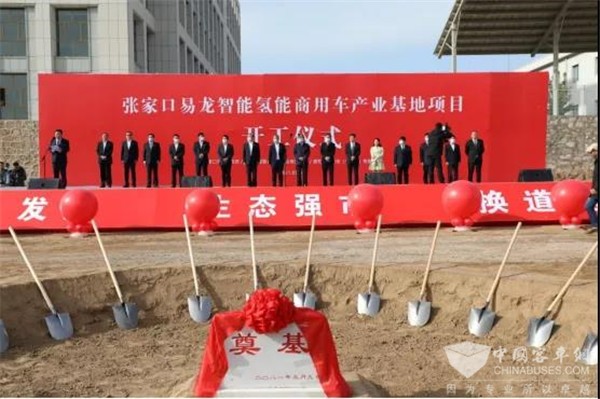 Covering an area of 600 mu, the production base will be built in two phases. After the completion of the first phase, it is able to produce 1,500 units hydrogen powered commercial vehicles (city buses, travel coaches, logistic vehicles, sanitation vehicles) each year.

“As we are now making full preparations for 2022 Winter Olympic Games, we aim to greatly promote the hydrogen energy related industries in our city, which will surely inject new dynamics to our economic development”, said Wu Weidong, mayor of Zhangjiakou.

According to Liu Zhijun, General Manager of King Long, its new production base will be devoted to designing, developing and manufacturing high-end intelligent commercial vehicles, promoting low-carbon transportation among the the public.

As one of the pioneers in developing hydrogen powered vehicles, King Long has already accumulated rich experience in this promising field. By closely working with its partners, it aims to help cities across the world cut carbon emissions and achieve carbon neutrality.