www.chinabuses.org: In September, the ninth BRICS Summit will be held in Xiamen. To further upgrade the public transport facilities in the city, several hundreds new energy city buses have already been put into operation. Among these vehicles, 300-plus units are equipped with Microvast fast-recharging batteries.
According to Microvast, its latest generation MpCO fast-recharging battery system is scheduled to play a key role during BRICS Summit. Those city buses mounted with its system are going to provide greener and more passengers friendly travel services for local citizens and distinguished guests from abroad. To ensure the smooth operation of all vehicles, Microvast has rolled out a sound service plan. 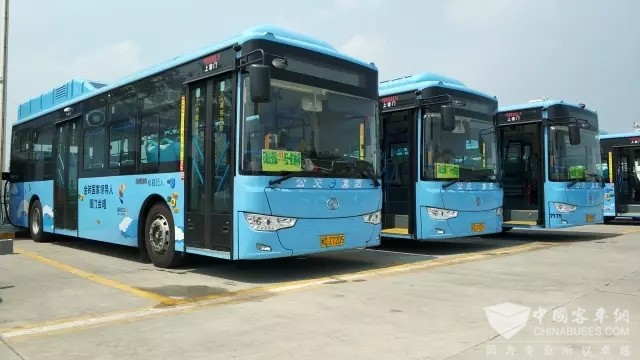